If one day the robots take over the world they will dance on our graves, now also literally. Boston Dynamics, one of the most promising companies in this sector, shows us the new skills of its robots: dancing. With the song “Do You Love Me?” In the background, the three robots of the company dance for more than two minutes with surprising balance and coordination.

The video begins with Atlas (the humanoid robot) dancing in a choreography with another Atlas. Later, Spot (the robot dog) joins in to catch all eyes and finally the third Boston Dynamics robot also appears, moving on two wheels, always maintaining balance. It’s time to enjoy the video: 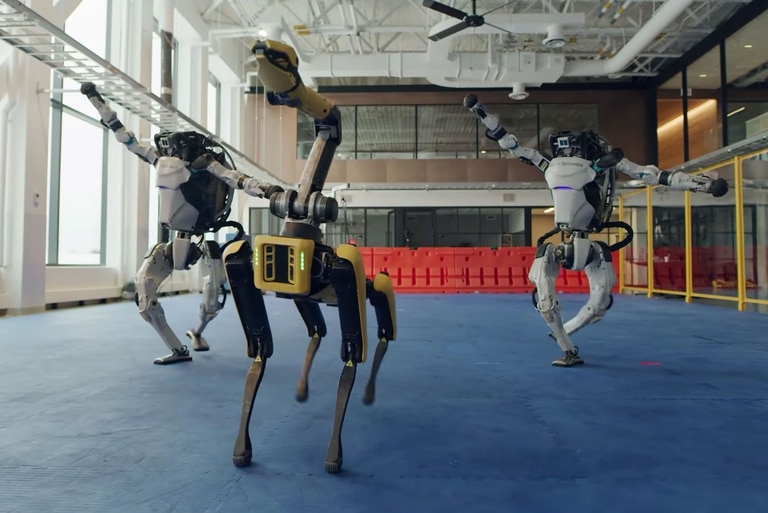 The truth is that it is not the first time that Boston Dynamics shows one of its contraptions dancing. Two years ago we saw Spot dancing ‘Uptown Funk’. We also saw him dance in a stadium recently. However, in this video, the abilities of the three robots to jump, stay on one leg and swing smoothly without losing their balance at any time, are appreciated in all their splendor. Atlas, as much as we weigh, dances better than many of us.

All of this has served to show that there is a promising future in this field. However, at the same time there has also been another curious situation: the company has changed ownership three times. It was first acquired by Google, then sold to SoftBank and has recently become part of Hyundai.

At the moment Boston Dynamics has put Spot up for sale and it is already used in real environments such as by the police, architecture studies or in medicine. Atlas and Handle (the bipedal robot) are still under development and are only prototypes.

Apple Fitness+: The next era of fitness is here, and everyone’s invited
Scroll to top