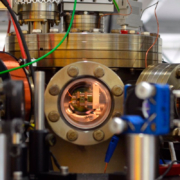 To Make an Atom-Sized Machine, You Need a Quantum Mechanic

Here’s a new chapter in the story of the miniaturization of machines: researchers in a laboratory in Singapore have shown that a single atom can function as either an engine or a fridge. Such a device could be engineered into future computers and fuel cells to control energy flows.”Think about how your computer or laptop has a lot of things inside it that heat up. Today you cool that with a fan that blows air. In nanomachines or quantum computers, small devices that do cooling could be something useful,” says Dario Poletti from the Singapore University of Technology and Design (SUTD).

This work gives new insight into the mechanics of such devices. The work is a collaboration involving researchers at the Centre for Quantum Technologies (CQT) and Department of Physics at the National University of Singapore (NUS), SUTD and at the University of Augsburg in Germany. The results were published in the peer-reviewed journal npj Quantum Information on 1 May.

Engines and refrigerators are both machines described by thermodynamics, a branch of science that tells us how energy moves within a system and how we can extract useful work. A classical engine turns energy into useful work. A refrigerator does work to transfer heat, reducing the local temperature. They are, in some sense, opposites.

People have made small heat engines before using a single atom, a single molecule and defects in diamond. A key difference about this device is that it shows quantumness in its action. “We want to understand how we can build thermodynamic devices with just a few atoms. The physics is not well understood so our work is important to know what is possible,” says Manas Mukherjee, a Principal Investigator at CQT, NUS, who led the experimental work.

The researchers studied the thermodynamics of a single barium atom. They devised a scheme in which lasers move one of the atom’s electrons between two energy levels as part of a cycle, causing some energy to be pushed into the atom’s vibrations. Like a car engine consumes petrol to both move pistons and charge up its battery, the atom uses energy from lasers as fuel to increase its vibrating motion. The atom’s vibrations act like a battery, storing energy that can be extracted later. Rearrange the cycle and the atom acts like a fridge, removing energy from the vibrations.

In either mode of operation, quantum effects show up in correlations between the atom’s electronic states and vibrations. “At this scale, the energy transfer between the engine and the load is a bit fuzzy. It is no longer possible to simply do work on the load, you are bound to transfer some heat,” says Poletti. He worked out the theory with collaborators Jiangbin Gong at NUS Physics and Peter Hänggi in Augsburg. The fuzziness makes the process less efficient, but the experimentalists could still make it work.

Mukherjee and colleagues Noah Van Horne, Dahyun Yum and Tarun Dutta used a barium atom from which an electron (a negative charge) is removed. This makes the atom positively charged, so it can be more easily held still inside a metal chamber by electrical fields. All other air is removed from around it. The atom is then zapped with lasers to move it through a four-stage cycle.

Understanding the atom-sized machine involved both complicated calculations and observations. The team needed to track two thermodynamic quantities known as ergotropy, which is the energy that can be converted to useful work, and entropy, which is related to disorder in the system. Both ergotropy and entropy increase as the atom-machine runs. There’s still a simple way of looking at it, says first author and PhD student Van Horne, “Loosely speaking, we’ve designed a little machine that creates entropy as it is filled up with free energy, much like kids when they are given too much sugar.” 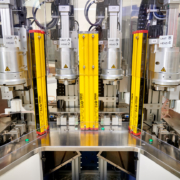 Apple is working with COPAN Diagnostics to rapidly expand production of collection kits that are critical for COVID-19 testing.
Cupertino, California — Apple today announced it is awarding $10 million from its Advanced Manufacturing Fund to COPAN Diagnostics, a market leader in sample collection kits that play a critical role in COVID-19 testing. This funding will allow COPAN Diagnostics to rapidly accelerate their supply of sample collection kits for hospitals across the United States, expanding production from several thousand today to more than one million kits per week by early July. As part of this effort, Apple will support COPAN Diagnostics’ expansion to a new, larger facility in Southern California, with advanced equipment that Apple is helping design. This expansion is expected to create more than 50 new jobs.

“We feel a deep sense of responsibility to do everything we can to help medical workers, patients, and communities support the global response to COVID-19,” said Jeff Williams, Apple’s chief operating officer. “COPAN is one of the world’s most innovative manufacturers of sample collection kits for COVID-19 testing, and we’re thrilled to partner with them so they can expand as we work to address this critical issue for our nation. I couldn’t be prouder of our teams for bringing all of their energy, passion, and innovative spirit to supporting the country’s COVID-19 response.”
“We’re excited to forge this new relationship with Apple, whose teams are already making a huge difference with our efforts to scale up the production of our sample collection and transport kits,” said Norman Sharples, CEO of COPAN Diagnostics. “Collection and transport kits are a critical component in the fight against COVID-19. At COPAN, we’re excited and grateful for this partnership with Apple as our strong beliefs of innovation, quality, and excellence in manufacturing and design are perfectly aligned. Apple’s operational expertise will help us increase delivery of important pre-analytical tools for medical professionals across the country at this critical time.”
Apple is sourcing equipment and materials for COPAN Diagnostics from companies across the US, including equipment Apple is helping design from K2 Kinetics, based in York, Pennsylvania, and MWES in Waukesha, Wisconsin.
COPAN is a global player in the field of specimen collection and preservation for infectious disease diagnostics. The company’s sample collection kits have revolutionized the diagnostic industry and play a critical role in the COVID-19 testing process. The company’s unique quantitative approach to pre-analytics led them to invent flocked swabs in 2003, a revolutionary device comprising of a molded plastic applicator stick that has variable tips coated with Nylon fibers allowing for quick uptake and complete elution of the sample. COPAN’s UTM is the leading transport medium for collection, transport, preservation, and long-term freeze storage of clinical specimens containing viruses.

Apple’s Support for the Worldwide Response to COVID-19

Apple has donated tens of millions of dollars toward the global COVID-19 response, including Global Citizen and America’s Food Fund. In addition, Apple designed, tested, and distributed almost 10 million face shields and sourced over 30 million face masks for healthcare professionals in hard-hit areas. Apple also developed a COVID-19 symptom-checking website and app in partnership with the CDC, and announced a collaboration with Google to develop COVID-19 contact tracing technology to help governments and health agencies reduce the spread of the virus, with user privacy and security central to the design.
Apple’s impact also extends to its range of innovative services. Apple News is connecting users with trusted information from reliable sources with its dedicated COVID-19 section, and Apple has worked with everyone from Oprah to Lady Gaga to help customers find information, entertainment, and ways to contribute to charitable causes through Apple TV.

Apple in the United States

Apple is on track to reach its commitment of contributing $350 billion to the US economy over a five year period. The company supports 2.4 million jobs across the US, including 90,000 direct employees in all 50 states.
Apple has already invested more than $1 billion of its $5 billion Advanced Manufacturing Fund in American companies fostering innovation and growth in the US manufacturing sector. That includes $450 million distributed to Corning Incorporated in Harrodsburg, Kentucky, to support its research and development into state-of-the-art glass processes, equipment, and materials integral to the delivery of next-generation consumer devices; $390 million to Finisar in Sherman, Texas, to increase its R&D spending and high-volume production of vertical-cavity surface-emitting lasers; and $10 million allocated to the Elysis aluminum partnership to bring revolutionary advancements in green aluminum manufacturing to the commercial market.
Apple revolutionized personal technology with the introduction of the Macintosh in 1984. Today, Apple leads the world in innovation with iPhone, iPad, Mac, Apple Watch, and Apple TV. Apple’s five software platforms — iOS, iPadOS, macOS, watchOS, and tvOS — provide seamless experiences across all Apple devices and empower people with breakthrough services including the App Store, Apple Music, Apple Pay, and iCloud. Apple’s more than 100,000 employees are dedicated to making the best products on earth, and to leaving the world better than we found it.
7 May 2020/by Thomas
https://www.myluxepoint.tech/wp-content/uploads/2020/05/Apple_advanced-manufacturing-fund-to-COPAN-Diagnostics-lab_05062020.jpg 864 1306 Thomas https://www.myluxepoint.tech/wp-content/uploads/2020/05/1.png Thomas2020-05-07 21:12:312020-05-21 21:12:47Apple awards $10 million from Advanced Manufacturing Fund to COPAN Diagnostics 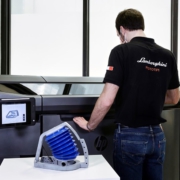 Sant’Agata Bolognese, 15 April 2020 – Automobili Lamborghini is providing resources and equipment from its Research and Development Department for the co-engineering and production of breathing simulators, supporting Siare Engineering International Group, Italy’s top manufacturer of ventilators, during the health emergency caused by the spread of COVID-19. 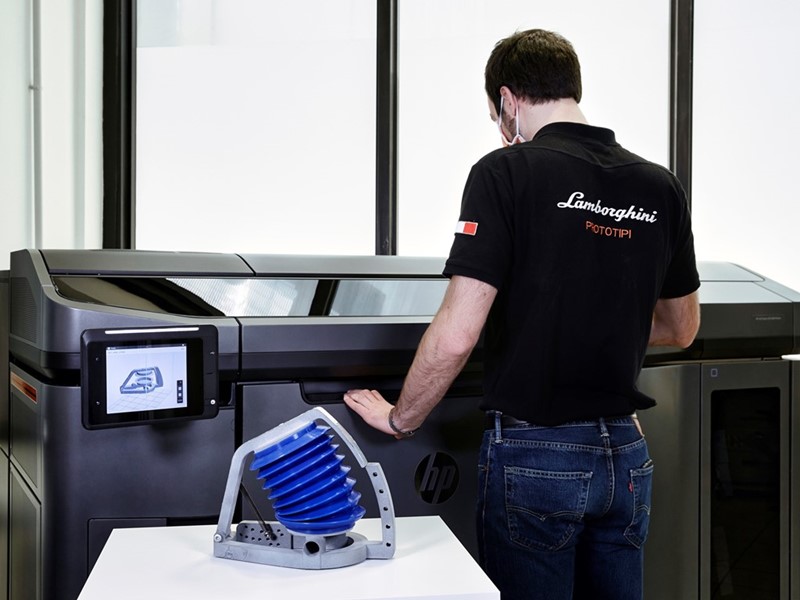 The breathing simulator enables the tester to carry out an initial evaluation of the ventilator’s performance before reaching the final checking stage, when the ventilator undergoes a comprehensive test using certified equipment. 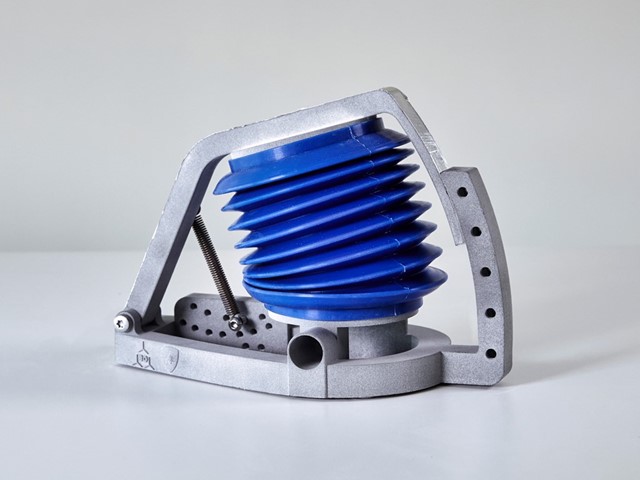 In just two weeks, Lamborghini has used its 3D printing laboratory to design, produce and validate the simulator, optimizing the components and enabling the production of 18 simulators per week, alongside the 3D-printed production of medical visors in polycarbonate, using an HP Jet Fusion 3D 4200 printer with MJF technology capable of printing with a 0.08 mm precision level. 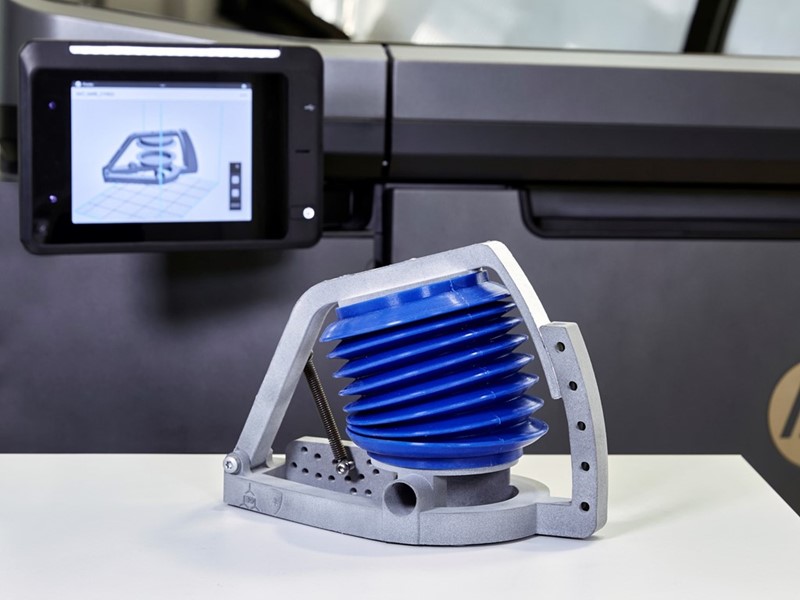 The capacity to collaborate shown by these two Emilia-based manufacturers of technologically advanced products – both leading companies in their respective, though completely different, sectors – is further proof of the sense of responsibility and cohesion displayed by Italy’s companies, as they join forces in the battle against the pandemic. 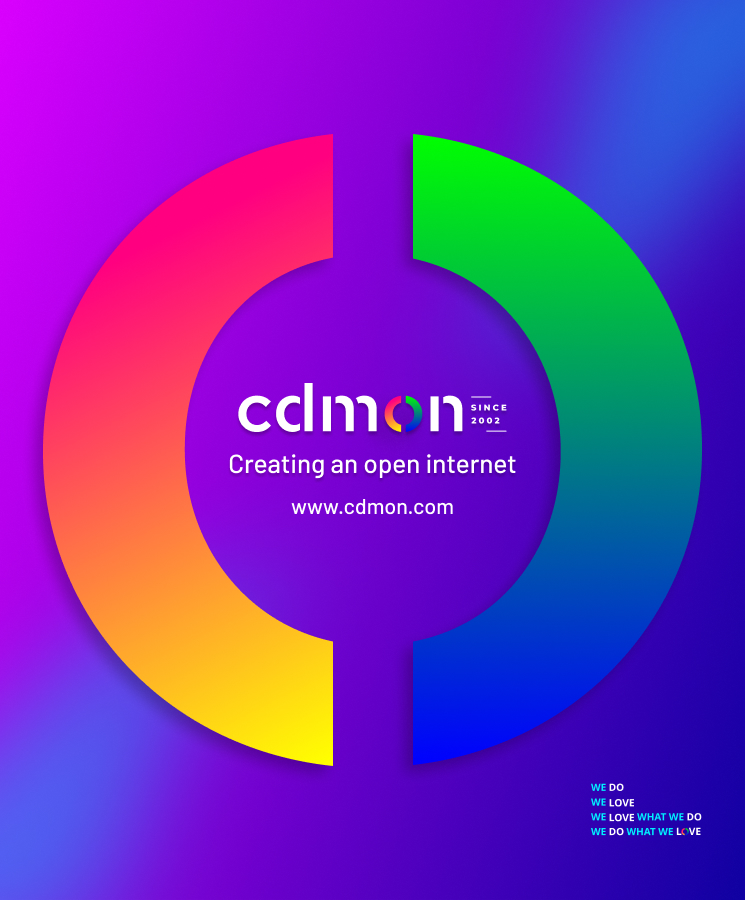