Nest Audio, new Pixels, and Chromecast with Google TV bring together the best of Google to deliver helpful experiences to you.

5G is the latest in mobile technology, bringing fast download and streaming speeds to users around the world. Whether you’re downloading the latest movie2, listening to your favorite music on YouTube Music, catching up on podcasts with Google Podcasts or playing a game on Stadia, Pixel 4a (5G) and Pixel 5 will provide you with fast speeds1.

Ask any Pixel owner and they’ll tell you: Pixels take great photos. Pixel 4a (5G) and Pixel 5 are no exception. These phones bring Pixel’s industry-leading photography features to the next level.

Save time with Hold for Me

Pixel has even more helpful features to save you time thanks to Google Assistant. Every month, Call Screen helps people with more than 25 million calls, saving people 2 million minutes, and Duplex helps users with a variety of phone tasks including reservations and getting business information.

Now, with a preview of Hold for Me on Pixel 4a (5G) and Pixel 5 in the U.S., Google Assistant can wait on the line for you whenever you call a toll-free number and a business puts you on hold. Built on the smarts of Duplex and Call Screen, this new feature lets you go back to enjoying the things that matter to you, and Google Assistant will notify you once someone is on the line and ready to talk. And Hold for Me works on your device, so the entire call is private to you. Goodbye endless hold music, hello more free time.

Stay connected and entertained with Duo

To make it easier and more enjoyable to stay connected to the most important people in your life, the new HD screen sharing in Duo video calls lets you and a friend watch the same video, cheer on your favorite teams together and even plan activities—all while being thousands of miles apart. And coming soon with Duo Family HD mode, you’ll be able to keep kids entertained and engaged with new interactive tools, like coloring over backgrounds, while you video chat.

Last year, Recorder made audio recording smarter, with real-time transcriptions and the power of search. Now, Recorder makes it even easier to share your favorite audio moments. Since Recorder automatically transcribes every recording, now you can use those transcripts to edit the audio too. Just highlight a sentence to crop or remove its corresponding audio.

Once you have something you want others to hear—say a quote from an interview or a new song idea—you can generate a video clip to make sharing your audio easier. To improve searching through your transcripts, smart scrolling will  automatically mark important words in longer transcripts so you can quickly jump to the sections you’re looking for as you scroll. But most helpful of all? Recorder still works without an internet connection, so you can transcribe, search and edit from anywhere, anytime.

The biggest Pixel batteries ever

Pixel 4a (5G) and Pixel 5 also have all-day batteries that can last up to 48 hours with Extreme Battery Saver3. This mode automatically limits active apps to just the essentials and lets you choose additional apps you want to keep on.

And now, the specs

Like all Pixel devices, security and safety are paramount in Pixel 4a (5G) and Pixel 5. Both devices come with our TitanTM M security chip to help keep your on-device data safe and secure, and both phones will get three years of software and security updates. Pixel’s security features received a perfect score on a recent analyst scorecard4.

Plus, Pixel 5 is designed with the environment in mind; we used 100 percent recycled aluminum in the back housing enclosure to reduce its carbon footprint

When you purchase a Pixel 4a (5G) or Pixel 5, you’ll also get Stadia and YouTube Premium trial for three months, 100 GB of storage with Google One for three months and Google Play Pass and Gold/Silver Status on Play Points. See g.co/pixel/4a5Goffers or g.co/pixel/5offers, as applicable, for more details.

Looking for the Pixel that’s right for you? Head to the Google Store now.

1 Requires a 5G data plan (sold separately). 5G service and roaming not available on all carrier networks or in all areas. Contact carrier for details about current 5G network performance, compatibility and availability. Phone connects to 5G networks but 5G service, speed and performance depend on many factors including, but not limited to, carrier network capabilities, device configuration and capabilities, network traffic, location, signal strength and signal obstruction. Actual results may vary. Some features not available in all areas. Data rates may apply. See g.co/pixel/networkinfo for info.

2 Download speed claims based on testing videos from three streaming platforms. Average download time was less than 60 seconds. File sizes varied between 449MB and 1.3GB. Download speed depends upon many factors, such as file size, content provider and network connection. Testing conducted in an internal 5G network lab and on pre-production hardware in California in July/August 2020. Actual download speeds may be slower.

4 Based on 2020 analyst research funded by Google LLC. 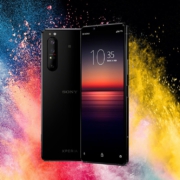 Sony Xperia 1 II  has made its appearance and is already an official phone with a surname that rings a bell. Sony tells us that it is pronounced “Xperia 1 Mark II”, welcome to the photographic line. 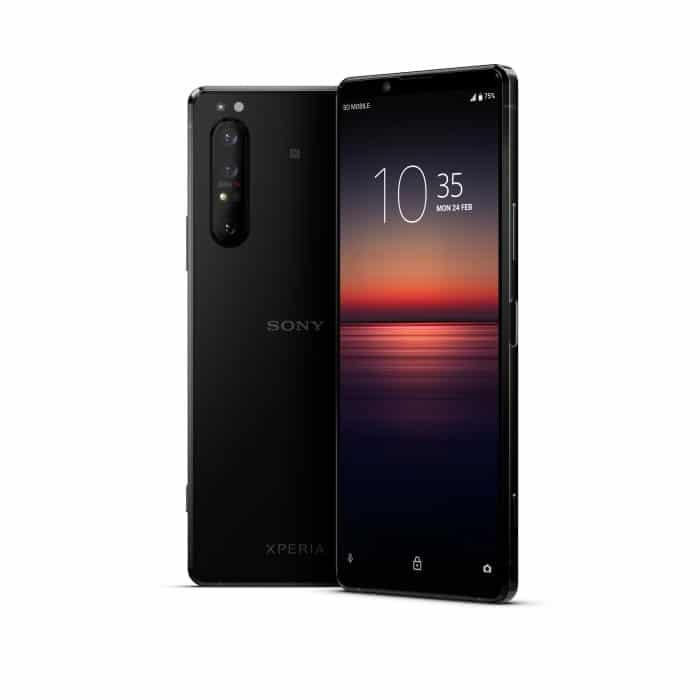 And also as expected, Sony repeats with formulas that already worked for it last year and updates others, such as the logical leap in power brought about by new components such as the fashionable brain at this start of the year, the Qualcomm Snapdragon 865, which now he has more memory and more space as companions. And also new connectivity because yes,  the Sony Xperia 1 II gets on the 5G train . But there is more to scratch, and let’s see what has changed in this year between the two generations.

Last year, Sony presented at MWC 2019 in Barcelona with a phone with a large screen. Not only big, but also very long. Thus, the  Sony Xperia 1  released an OLED panel  of nothing more and nothing less than 6.5 inches and with a 21: 9 ratio. CinemaDisplay, the manufacturer called it, and it was logical that the formula repeated this year with some change focused on the gamer public.

Sony even maintains 4K resolution for its new Xperia 1 II, although it takes a step forward in terms of refresh rate for its style. We do not have a 90Hz panel like the ones that are becoming fashionable, but  Sony chooses to mount the Motion Blur Reduction technology . With it, Sony interpolates frames using the AI ​​of the Snapdragon 865, thus emulating a higher refresh rate and improving the sharpness of its screen.

In the rest, everything is identical. We continue with 21: 9, with the protection provided by  Gorilla Glass in its sixth generation  and with the compatibility with HDR content, in addition to DCI-P3. As we see, the evolution in one year of Sony in terms of its screen has focused on adapting its panel to the ‘gaming’ trend, but we found many similarities between both generations. Potentially, however, things change.

To do this, the 12-megapixel triple camera setup is now accompanied by a wider 24mm main sensor (vs. 26mm) with an f / 1.7 aperture and optical image stabilization, a further 70mm telephoto sensor long (also with OIS) and there is an ultra wide 16mm once again. 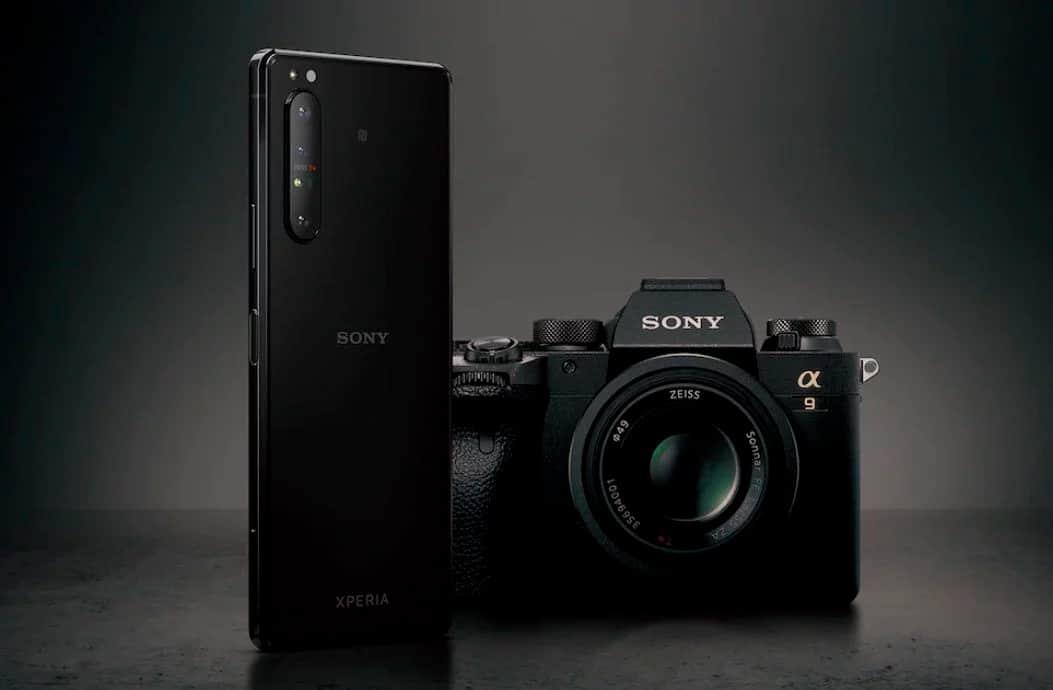 The main hook with this new sensor setup is the phone’s ultra-fast autofocus, which the Xperia team developed in collaboration with the Tokyo-based Alpha 9 camera team.

The focus area has been expanded to 70% of the frame and the camera’s intelligence is now also extended to make this the first autofocus phone that is capable of shooting up to 20 photos per second in burst mode with auto exposure.

The company’s real-time Eye-AF tracking, which previously tracked human eyes / faces, now works on pets, too. And to help the entire system perform these impressive photographic feats, Sony adds a new iToF 3D (the ‘i’ is short for AI-assisted depth detection).